I was having so much designing with the new stamps from Picket Fence Studios that I wanted to share another card with you right away.  If you were anywhere near the design team’s posts yesterday, I’m sure you have already seen and fallen in love with this wonderful Jill Girl stamp.  I’ll admit that she intimidated me a bit but I decided just to jump in and see what happened.  I started with her hair to see how that would go.  All in all, I kind of liked it so I continued on and eventually found that I liked the coloring enough to turn it into a card. 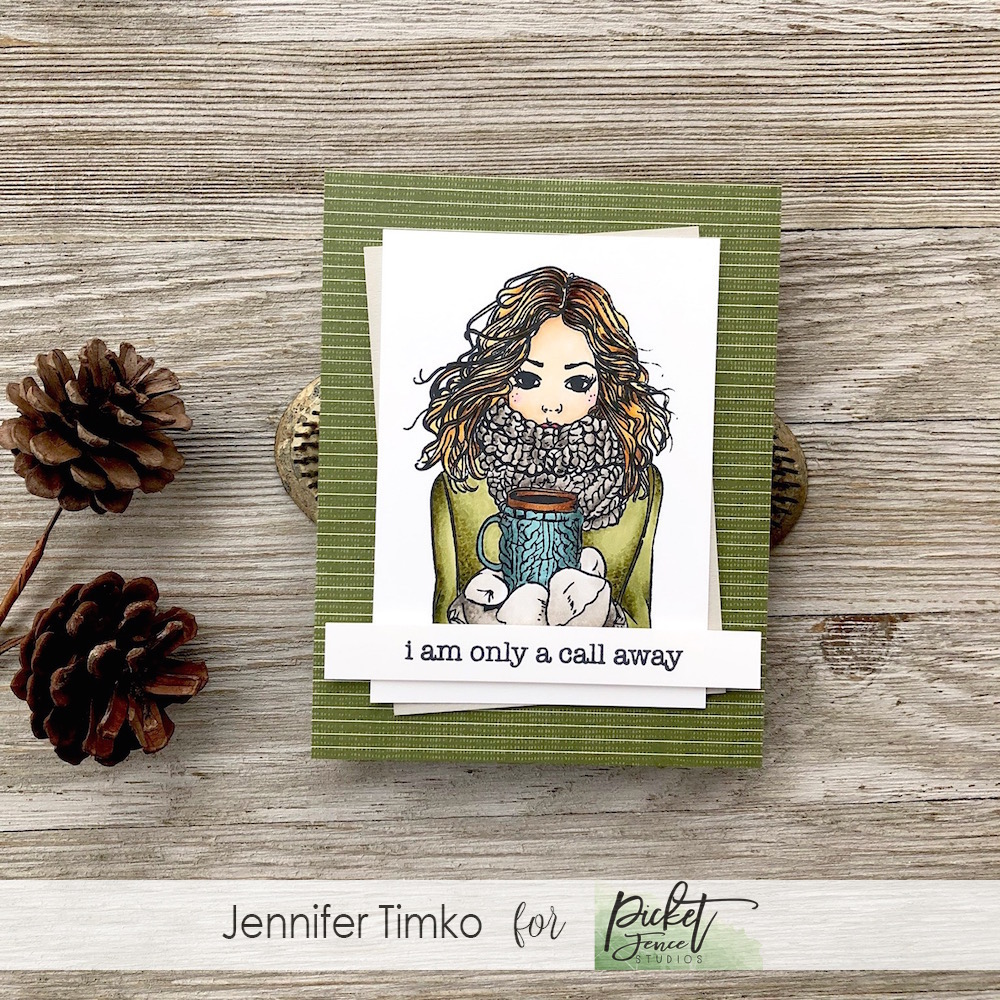 Sometimes it is nice just to color and not be sure that it will “be” something.  If you need an excuse, the Daily Marker 30 Day Challenge is currently running and there are tons of people coloring just for fun.  It is awesome!!  But Jill wanted to become a card so I added her onto a background that is really a Christmas print pack (SU).  The striped are neutral enough to be anything though.  Love prints like that.  The sentiment is from another of the new sets called Rustic Floral and it seemed right for her (I also found that another DT member, Jana Millen, used the same one….isn’t it funny when that happens in the big craft world???  I kind of like to imagine it was like we were crafting together instead of all being miles apart.) 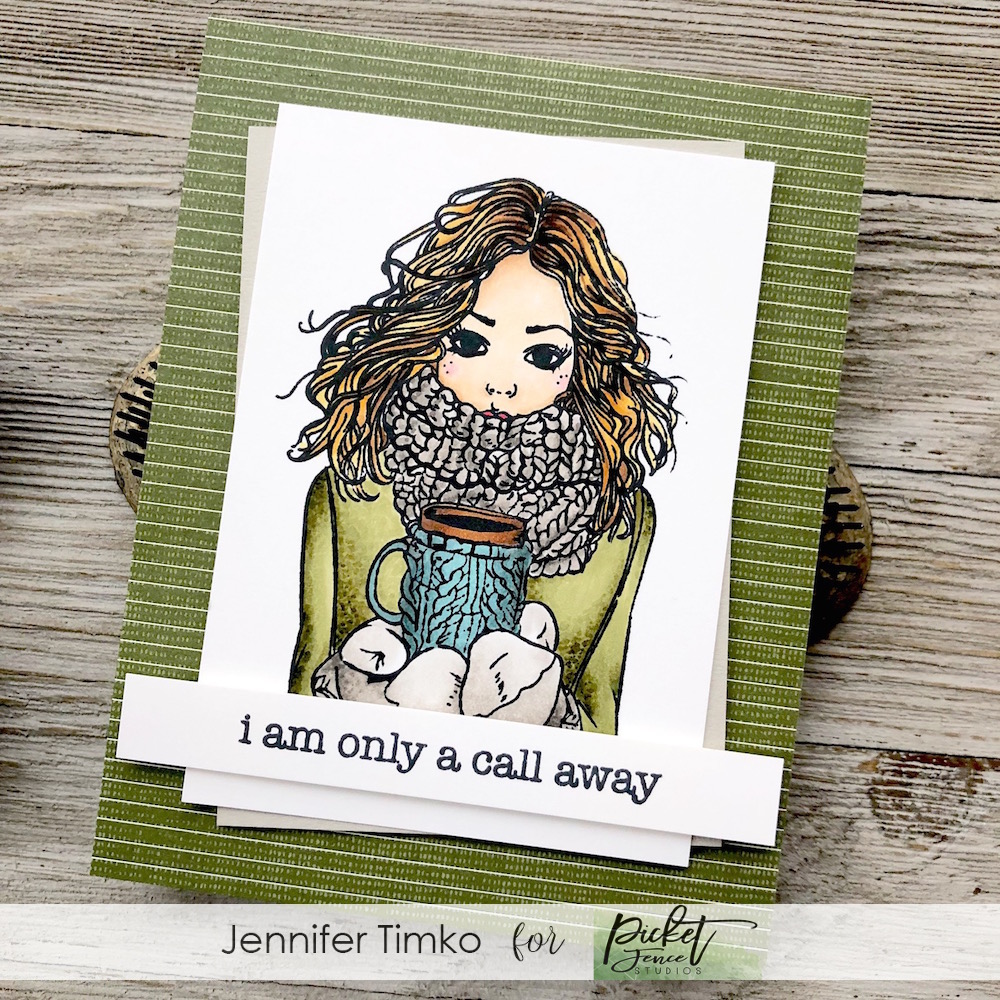 I think this image is going to be wildly popular (based on the reaction by the DT alone).  Something about her is really special!  I am going to be on the Picket Fence Studios blog tomorrow morning with a card I think you will love.  More coloring and a new to me technique that I have been wanting to try for a while.  So glad you stopped in today.  See you tomorrow! 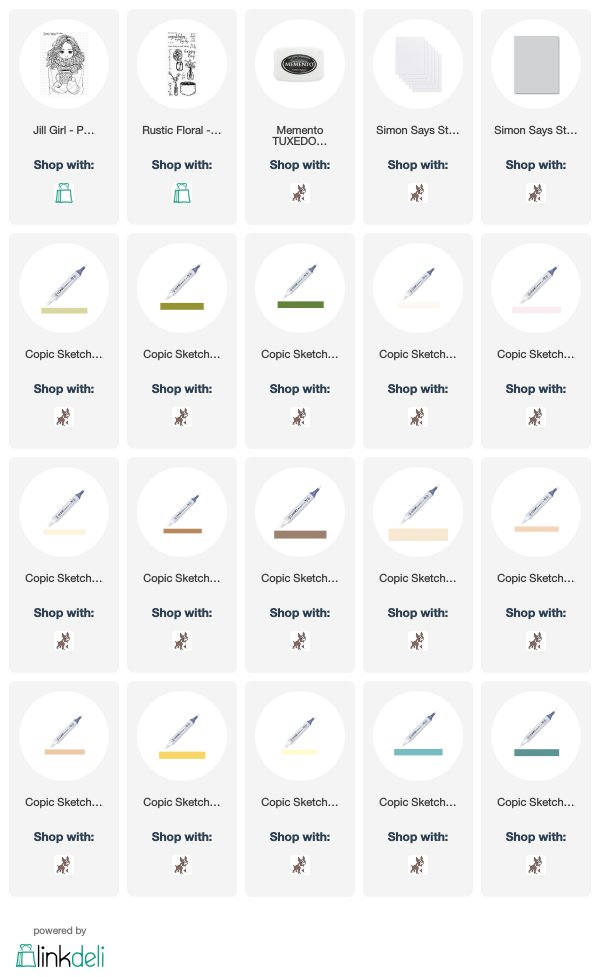 Oh I adore this!

This is a WOW! Your coloring is fabulous, and I love how you’ve arranged the layers.