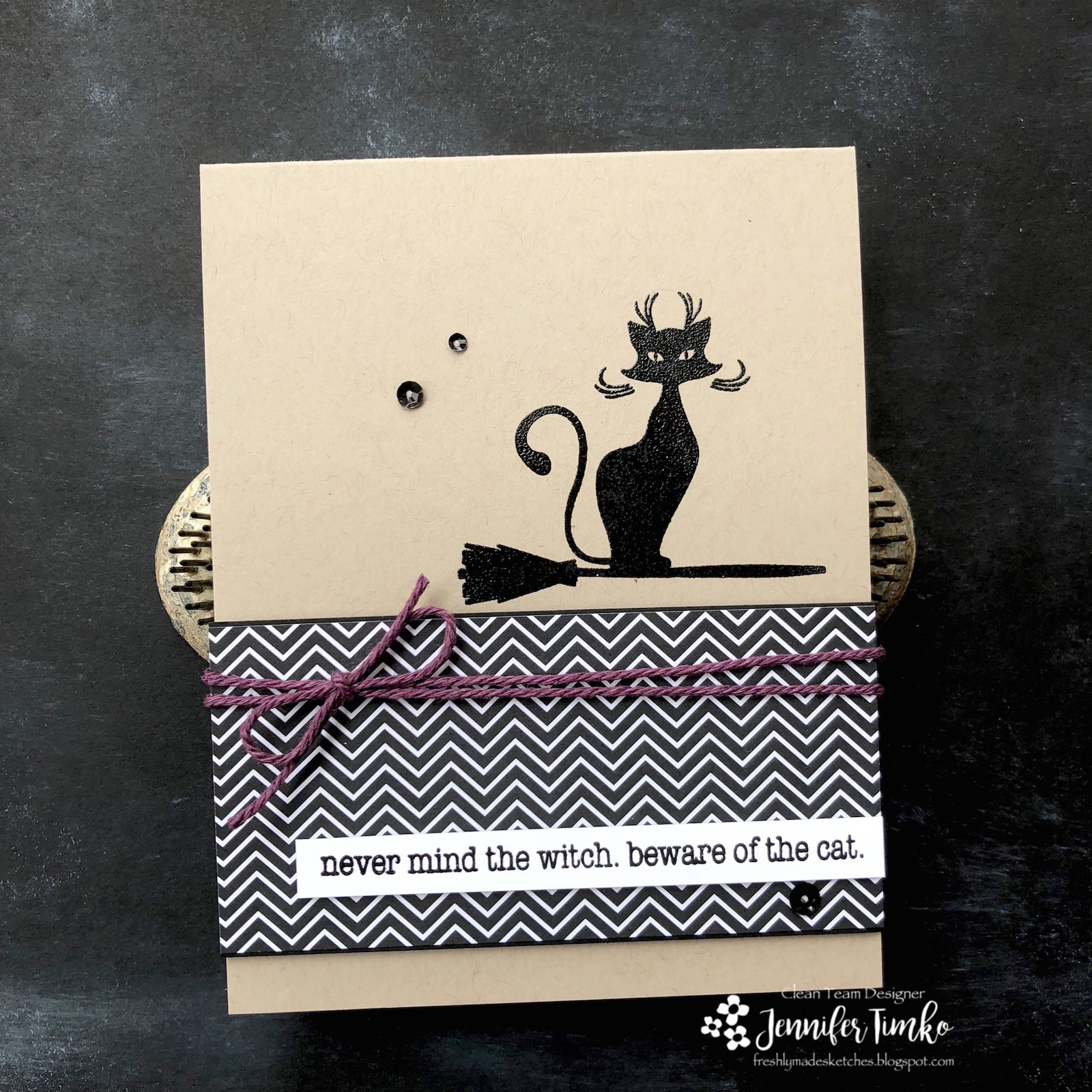 Do you ever see a stamp set that speaks to you and you cannot even begin to resist it?!  Yeah…me too.  And my card today features one of those stamps!!  I’m the sketch hostess over at Freshly Made Sketches today and I created a sketch that was perfect for this image and this sentiment.  Because, really….just look at them!!

As with most things that hit you as “must have”, there is a back story.  Many of you know about my sweet little calico kitty named Kate.  But do you know WHY she is Kate?  Before her, I had an old man kitty who had been my friend for over 19 years.  He was my sweet boy who was kind enough to adopt my husband and then tolerate the arrival of my two boys (albeit, with a 2 week hunger strike after the birth of the second).  When he passed away, the house was too quiet and I was so sad.  After a few months, DH told me that we were heading to the local SPCA to see if a new kitty would choose us.  We narrowed it down and I was looking for another boy.  After all, I said, I’m the queen and there will be no other.  So I took the boys the next day to see which kitty really wanted to come home with us and there was this sweet little girl.  And she took one look at us, realized we would do very nicely and demanded that we get her home immediately.  So there was a princess.  As luck would have it, there was also a new princess (well duchess but whatever) so we chose the name Kate.  And here we are about 6 years later and the boys wore DH and I down asking for a second kitty.  In a moment of weakness, I took them back to the SPCA “just to look”.  Yeah, right.  And thus a new kitty has entered the house.  Another little girl.  Naturally, her name is Meg (after the latest addition to the royal family).  Kate is warming up to the idea of a sister but you don’t have to speak fluent cat to know there were some very unkind words uttered.  In the midst of the early chaos (Meg has been with us about 3 weeks), I saw this stamp and yep.  It just hit me as totally hilarious.  And true.  At least in my house.  (and yes, I’ll share some pics here of Meg but I did put some up on Instagram when she first came home)

Ok now that I covered that seriously too long story, back to the card.  This stamp set is from Picket Fence Studios and it is called Wicked Together.  It is awesome!!  I stamped this fabulous kitty in Versafine Onyx Black Ink and then heat embossed it with Clear Embossing Powder (SU).  I chose this chevron paper from my stash as a background to the sentiment (stamped and embossed too).  I tied on some purple twine and added a few sequins just for more dimension.  But we know that all eyes are on that cat…as they should be!!

I hope you will find this sketch inspiring!  As always the Freshly Made Sketches Design Team has outdone themselves and you need to hop right over to see their work.  I’m so glad you were able to stop in today.  Until next time, happy stamping! 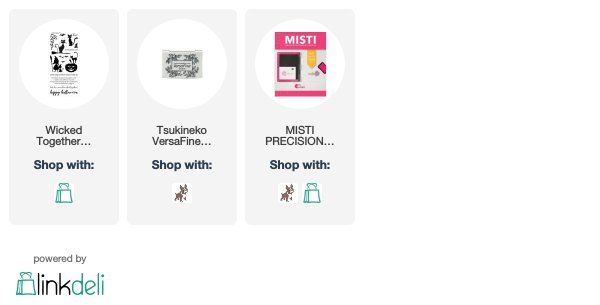 Very cute — the sentiment, the cat stamp, and the story about your two cats. Thanks for the great sketch this week!

Love your card and the ‘backstory’ too! I can’t resist kitties either, Jo x

Very cute….a little spooky, but fun! I love the sentiments in this set! I am sure Kate and Meg will learn to tolerate each other! I wish I had a little kitty but our Pumpkin went off into the woods at age 18 and never returned. 🙁 And DH said “no more!”. So I enjoy yours vicariously!

I love this black kitty! Adorable card! Hope those kitties of yours become BFFs! Fun sketch this week!

Great story Jennifer, bonus with your great card. The sentiment is sure to get a good chuckle!

LOL! A card for cat lovers for sure! I’m sure that Kate and Meg will get along famously….eventually!

This is such a cute cat and I just love the sentiment! Great card and a great sketch!